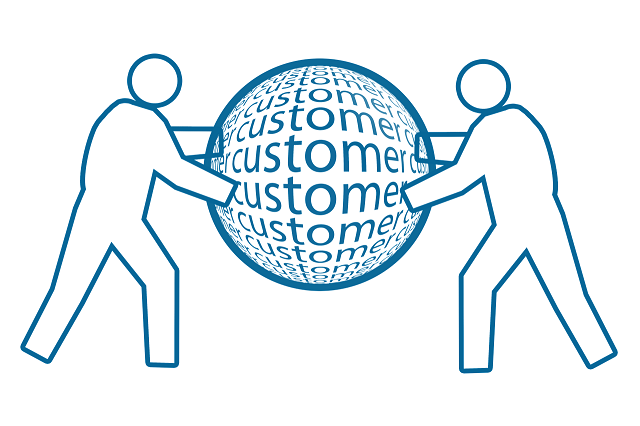 Who are your competitors?


We are living in an era where global markets are volatile, customer preferences change rapidly, new competitors’ turn up overnight, new substitutes to our products and services are emerging.

There is a fierce competition, and it is increasing.

Big players such as Google and Apple are suddenly diversifying and entering into the market and send the whole market into turmoil e.g. by providing built-in GPS in the Smartphone Google Maps and Apple Maps has a huge negative impact on the growth of Sat Nav companies such as TomTom and Garmin.

We always need to aware of the bigger picture regarding not only what’s happening in our marketplace but elsewhere as well.

We need to be nimble so that we can respond to these changes quickly and effectively. Opportunity needs to be picked up by the head, not by the tail; otherwise, it will slip through.

So it’s critical to know what real business we are in. Consider this profound statement from the Harvard Business School Professor Theodore Levitt, “People don't want to buy a quarter-inch drill, they want a quarter-inch hole.” Meaning people looking for the solution to their problems. They are not interested in our products and services. If they could find better, cheaper, faster, easier alternative solutions to their problems then they would switch.

Who are your competitors?

A company's competitors are companies who are trying to offer similar products or services to the same industry or a similar industry.

Sometimes your competitors are not what you think.

Blockbuster Entertainment, a video rental company once $5 billion company had 60,000 employees and 9,000 stores considered  Hollywood Entertainment Corporation and Redbox as its competitor. But Netflix who provides streaming media and video-on-demand online and DVD by mail has effectively bankrupt Blockbuster and it ran out of business by 2014.

Interestingly, Reed Hastings, CEO of Netflix consider their biggest competitors is not YouTube, Amazon, HBO or Hulu but sleep. Netflix viewers who stay up late at night to watch a show from Netflix need to shut-eye.

So it's critical we must consider competition from the customer point of view. So always ask your prospects and customer this critical question.

Who are your direct and indirect competitors?

It’s critical to know who your direct and indirect competitors are.

A prime example of direct competitors can be Coke and Pepsi, Hertz and Avis, Nike and Reebok.

To give an example of indirect competition consider family in London who want to visit Paris. They could choose any one of the following four modes of transportation.

Another classical example is that of US rail industry. After an incredible growth of nearly 300% rise of rail track from 1871 to 1900, US rail industry suffered incredible 84% decline of non-commuter rail passenger travel between 1945 and 1964. The reason was a US rail industry assumed that they are in “rail” business but failed to understand that they are in “transportation” business. They ignore the growing development of road, air, and ship who provided the cheaper, faster, effective way for transportation.

The competitor with the better intelligence can overcome you. You need to have awareness about what is happening in the market, with competitors, and with customers.

You need to know


You should look out for competitor strategies and take them on-board. Your competitors can become our greatest source of inspiration.

Understanding competitors may bring about other sales channels.

E.g., suppose you are a book publisher; consider Amazon’s strategy of selling eBooks as a substitute for the traditional paper book. Why not consider publishing your books on your website as eBooks and open up a new one-time or subscription based revenue stream.

We can see collaboration exists everywhere in nature.

One of the most famous business collaboration which has lasted more than 20 years is between a tech giant Intel and Microsoft have greatly benefitted both of them in terms of sales, marketing, research, innovation and maintaining leadership.

Even thinking about the Idea of collaborating with a competitor can panic few. But if we think strategically, we could consider some kind of collaboration with our competitors.

A prime example is those of banks. Banks are lending and borrowing from one another to maximize the use of deposits as well as meeting their cash flow needs.

Small and medium businesses could consider this strategy. They all have unconverted leads which are no use to them for whatever reasons as they cannot able to convert them into a customer. Sometimes those unconverted leads do not fit into their customer profile.

You may need to take the first initiative by voluntarily sending our unconverted leads to your competitor.  Taking such initiative would definitely get reciprocated. Over the time, you might be able to forge a win-win relationship so that in the future you might get leads from them.

Once you get some success based on mutual respect and trust, you can build more strategic collaboration.

Few of the examples of possible collaboration opportunities with our competitors can be.

Hitesh Changela is CEO of CRM Ultimate Limited, an innovative software technology company, based in the UK. Hitesh has worked in the IT industry for more than 17 years, including over 6 years at Microsoft Ireland. He is author of three books already published on Amazon. Book, Workbook, and QuoteBook . Hitesh lives in London. You can connect through social share or send him email hitesh@hiteshchangela.com or call him on +447404303064.